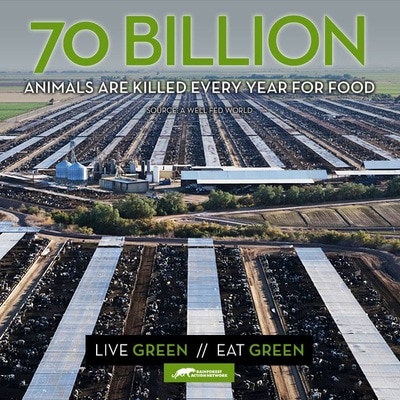 In The Belly of the Beast

RollingStone takes you inside the dark underbelly of factory farming in the meat industry, where animals are turned into meat under the most horrific conditions.
​
Click Here for the article.
Eating With Care

"Here’s the deal: Life for animals on modern day factory farms isn’t pretty. Forget those idyllic barnyard portrayals in children’s books. By and large, those places haven’t existed since your grandparents were in diapers.

Each year on today’s factory farms, over eight billion animals are confined in windowless sheds, tiny barren crates, and filthy wire cages. The vast majority of these animals are mutilated without painkillers, denied veterinary care, and ultimately slaughtered. Sadly, they have little to no legal protections. Simply put, life for them is a hell you wouldn't wish on your worst enemy.

While the overwhelming majority of “food” animals live and die in misery and deprivation, a lucky few have escaped their cruel fates after being rescued by animal advocates. These are their stories:" 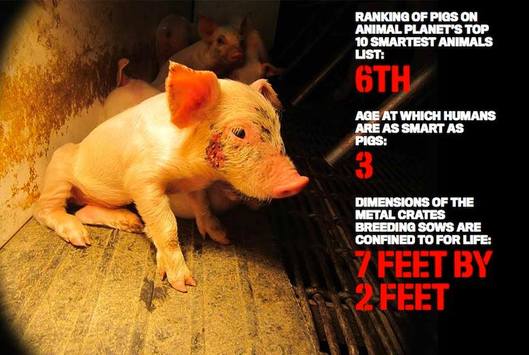 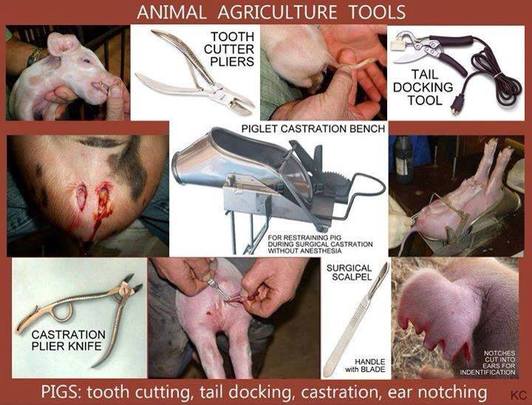 Why China Is the Worst Place to Be a Pig

"The rapid increase in Chinese economic prosperity has been largely attributed to the agricultural revolution which began in 1978. As the country developed its modern agricultural systems, the national farming model has become increasingly focused on the pork industry, which is not good news for the rising number of pigs who are now being born into a system which holds productivity and profitability above all else."

Click Here for the article.
Your Pig Almost Certainly Came From a Factory Farm, No Matter What Anyone Tells You

People who eat animals increasingly care about the way their food was treated while it lived.

Click Here for the article.
10 Cruel Things Done to Farm Animals That No Sane Person Would Do to a Cat or Dog

"Society has conditioned us to believe that it’s okay to treat farmed animals differently than others because they don’t “feel” emotional or physical pain in the same way. However, this is a flat-out lie."

"An investigation by The New York Times has exposed a little-known institution in Nebraska called the U.S. Meat Animal Research Center, where farmed animals are subjected to cruelty beyond imagination. Not surprisingly, the facility’s mission is to help producers of beef, pork, and lamb turn a higher profit."

Click Here for the article.
A Documentary Exposing the Treatment of Factory Farmed Turkeys in Australia
4 Shocking Human Illnesses That are Linked to Factory Farms

"It is no secret that most animals on factory farms suffer from poor health. Stuffed into filthy sheds with thousands of other animals and limited ventilation, disease spreads like wildfire in factory farms. For this reason, most factory farms administer “preventative” antibiotics in animal feed to keep them alive long enough to make it to market weight. It is estimated that 80 percent of pigs have pneumonia when they reach slaughter, around 32 percent of beef cattle suffer from fatal liver abscesses, and millions of “broiler” chickens die from heart failure or infectious disease before they even reach slaughter.

Many people are familiar with diseases like E. Coli, MRSA (Staph) and Salmonella that are spread through infected meat, but there are many other harmful diseases that stem from the factory farms that we should all be aware of."

Click Here for the article.
See also section on Celebrities Speak Out. 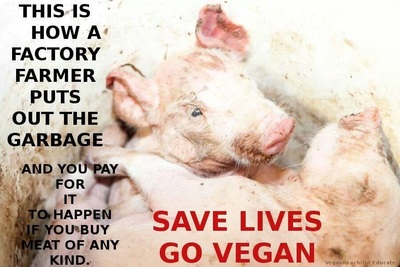 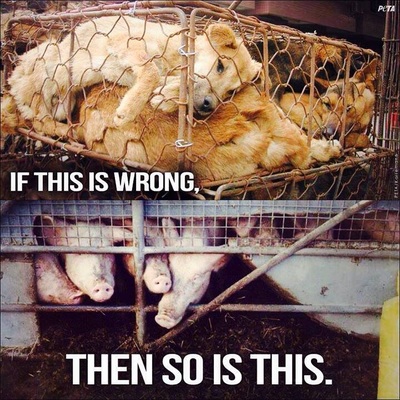 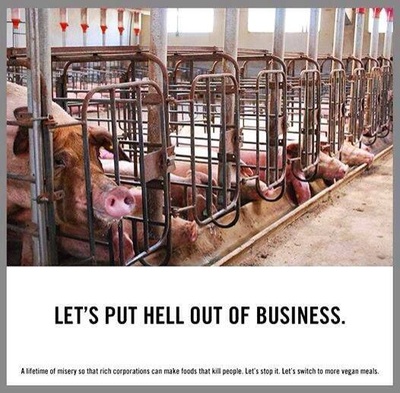 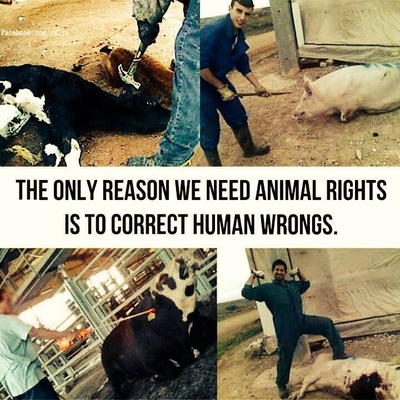