"A deeply disturbing PETA Asia undercover investigation reveals that dogs are bludgeoned and killed so that their skin can be turned into leather gloves, belts, jacket collar trim, cat toys, and other accessories."

Click Here for the article.
Dog and Cat Leather in 60 Seconds

"Did you know that dogs and cats are killed for leather?

In China, dogs and cats are stolen from the streets, beaten, and sometimes skinned alive. Their skin will be turned into leather gloves, belts, jacket collar trim, cat toys, and other items. Products made from cat and dog leather are exported from China and end up sold throughout the world to unsuspecting customers. So if you buy leather, remember: There's no easy way to tell whose skin you're really in.

A PETA Asia investigation into the Chinese dog leather industry showed workers as they grabbed one dog after another around the neck with metal pinchers and bashed them over the head with a wooden pole. Some dogs fell unconscious, while others cried out and writhed in agony. Some still struggled to breathe after their throats were cut. Finally, their skin was ripped right off their bodies."
Thailand's Grim Trade in Dog Meat

"Packed tight into wire baskets -- sometimes 20 or more to a cage -- animal rights activists say as many as 200,000 live dogs every year are smuggled from northeast Thailand across the Mekong River destined for restaurants in Vietnam.

Dehydrated, stressed, some even dying of suffocation on the trip, the dogs are often stacked 1,000 to a truck on a journey that lasts for days." - (CNN)

Behind the Scenes of the Dog Meat Trade

"In Thailand alone, it has been estimated that 500,000 dogs are slaughtered or trafficked live over borders each year to supply the dog meat industry...In Asia more widely, as many as 20 million dogs suffer the same fate. Vietnam presents one of the most lucrative marketplaces for the doomed canines, where several million are consumed annually."

CRUFTS dog competition has become mired in controversy this week after a dog died after allegedly being poisoned - but this is not the first time the prestigious contest has faced a scandal. 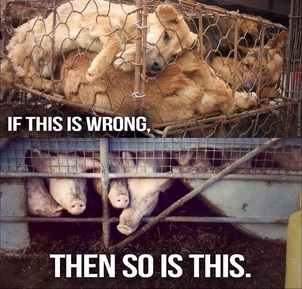 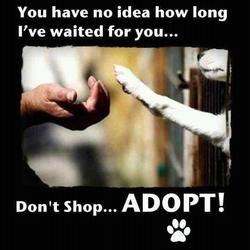