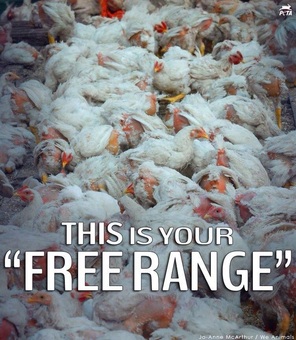 "Laura Alexander described her experience of entering a chicken slaughterhouse for the first time in Arkansas. Of the hanging cage at the entrance where the birds are ripped from the transport crates and hung upside down to begin their final journey through life, she wrote: “You know, I had prepared myself to feel disgusted, sad, and uncomfortable, but nothing could have prepared me for the way I felt. It was like this wave – this wall – of negative energy hitting me in the face when we opened that door. The only thing I can even try to compare it to would be that feeling you get in places like hospitals or jails, where there is suffering and death, dread and fear. Well, take that feeling and magnify it by at least 10 and you will have maybe an inkling of what I felt at the door of that room that day. I couldn’t leave fast enough.”

Click Here for the article.
To Kill a Chicken

"If you torture a single chicken and are caught, you’re likely to be arrested. If you scald thousands of chickens alive, you’re an industrialist who will be lauded for your acumen."

Click Here for the article.
Know How That Chicken Got to Your Table?

"Most egg-laying hens spend their lives crammed in spaces so tiny they cannot turn around or spread their wings. While chickens raised for food have more freedom, they face horrifying deaths on assembly lines.

Still conscious, they're hung and shackled upside down, at times breaking wings or legs. They go through an electrified "stun" bath, but some scientists say the shock might not render them unconscious. A saw slits their throats at a clip of about two birds per second. And when things go wrong — a bird raises its head above the stun bath or jerks and evades the saw — they could end up scalded alive in a vat."

Click Here for the article.
Watch This Powerful Documentary Featuring One Perdue Chicken Farmer Taking on a Cruel Industry

"Craig Watts, a North Carolina contract farmer for Perdue, has been raising chickens for “Big Ag” since the early 1990s. He was even recognized as a top producer. But now, he’s pulling back the curtain on the entire industry by allowing reporters into his sheds to document the cruelty of industrial chicken production."

Click Here for the documentary.
Free the Hens, Costco!  By Bill Maher

"According to the industry itself, each hen in a battery cage is given less than 9 inches by 9 inches in which to live her entire life, crammed into a cage about the size of a file drawer with four or more other hens... Make no mistake about it: Battery cages torment animals. Physically, the animals’ muscles and bones waste away from lack of use, just as yours would if you were unable to move around for two years... Mentally, the birds, which can perform comparably to dogs on scientific animal behavior tests, go insane in these tiny cages. Imagine cramming five cats or dogs into tiny cages, hundreds of thousands in each shed, for their entire lives. That would warrant cruelty charges, of course. But when the egg industry does it to hens, it’s considered business as usual."

Click Here for the article.
The Forgotten Mothers of Chickens We Eat

"Chickens have mothers... These mothers are used to lay the eggs which are incubated and hatched into the chickens we eat. They suffer more than their offspring, but their welfare rarely gets the attention warranted by the grim lives we force upon them."

Click Here for the article.
21 Things the Egg Industry Doesn’t Want You to See

"Organic, free range, barn or caged eggs, none have any commercial use for adult males. Millions are killed each year in the UK alone. Stop this unimaginable waste of life - Please don't buy eggs." 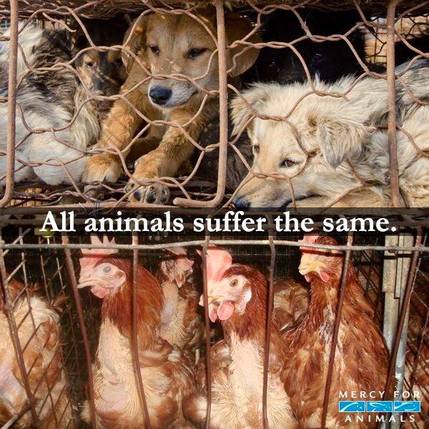 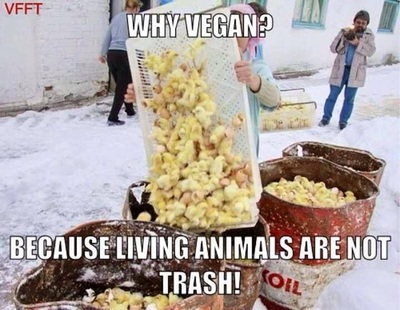 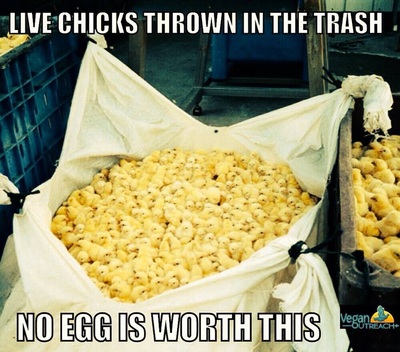 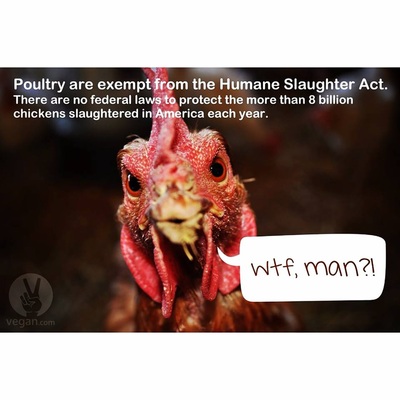